The ability to recreate and form a hypothesis that can generate insights and results is something that can take some time in many instincts. When thinking about how I would structure a website a certain way to test whether the users like a certain aspect of the site can provide you with even more information about how to entice your users. One of the parts in the article I researched upon was that you need to make the hypothesis something that can be confirmed or rejected. Not only that but in this article they went on in depth to say how you need to treat each hypothesis as its own with some type of rationale.

If we are forming a hypothesis for a test in a site like LinkedIn, Facebook, Twitter or any type social media platform then we want to diversify the tests in a way that would interest all opinions. On social media, people, users, consumers, whatever you want to call them they are attracted to things on that site that can benefit them visually or in the future some way. Theres a certain type of way to post on those platforms and get a response because you have a wide variety of people that can give you random but effective insights if you approach with purpose. 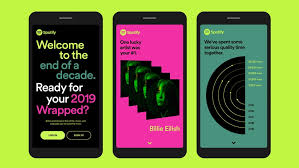